Start a Wiki
Toothy is a purple beaver with very wide-gapped teeth and freckles. He is generally a very friendly character, although at times he can be a bit rude. He usually acts before he thinks. He is great friends with Cuddles.

Man! Toothy can bat with his tail.

Man! His teeth are bigger than his mouth!

He chipped his tooth. Now what? 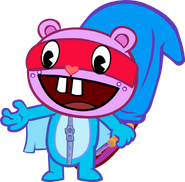 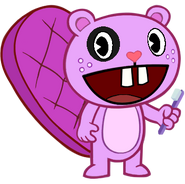 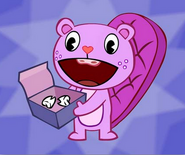 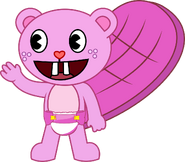 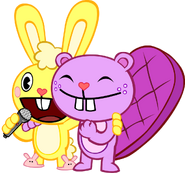 Add a photo to this gallery

Retrieved from "https://happytreefriendsfanonstories.fandom.com/wiki/Toothy?oldid=3043"
Community content is available under CC-BY-SA unless otherwise noted.