Stinky The Baby Skunk is a fan character created by TheCoolWikiDude.

Stinky The Baby Skunk is a black and white baby skunk. His diaper is always stinky hence his name Stinky as he constantly poops his diaper. The odor of Stinky's stinky diaper can be overwhelming and nauseating. He is a Cub sue. He is one of Cub's friends despite the odor from Stinky's stinky diaper. 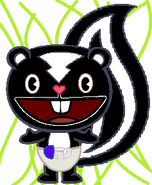 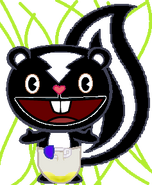 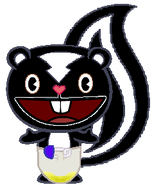 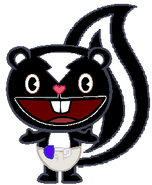 Stinky in a clean diaper which he hates having.

Add a photo to this gallery
Retrieved from "https://happytreefriendsfanonstories.fandom.com/wiki/Stinky_The_Baby_Skunk?oldid=3080"
Community content is available under CC-BY-SA unless otherwise noted.