Giggles is a pink chipmunk who has a light-pink diamond-shaped marking, a light-pink oval tummy, and a big red bow on her head. She has the personality of a young girl, as she enjoys frolicking through flowers, having tea parties with friends, ice skating, and having a shy and sweet demeanor. She has a romantic relationship with Cuddles, as well as being best friends with Petunia. 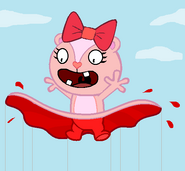 Giggles doing a very painful Hollywood stunt with her lower skin as a parachute. 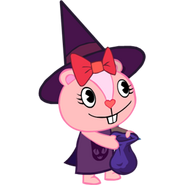 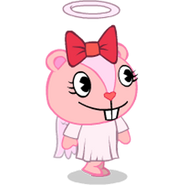 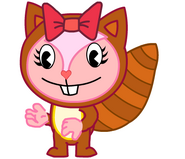 Giggles is pissed at Lumpy for pollution.

Flippy mourning the loss of Giggles. 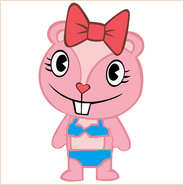